Oliver Sacks died early this morning at his home in Greenwich Village, surrounded by his close friends and family. He was 82. He spent his final days doing what he loved—playing the piano, writing to friends, swimming, enjoying smoked salmon, and completing several articles. His final thoughts were of gratitude for a life well lived and the privilege of working with his patients at various hospitals and residences including the Little Sisters of the Poor in the Bronx and in Queens, New York. 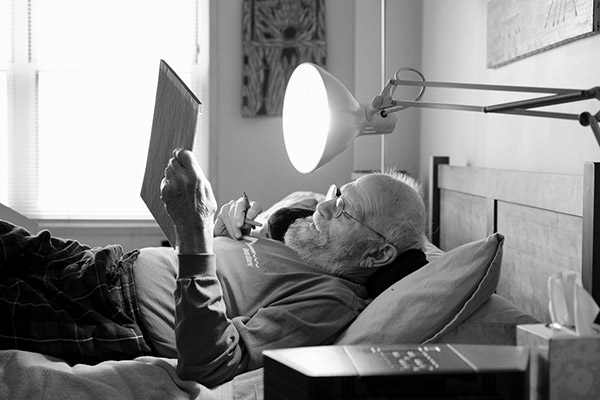 Sacks also left several nearly completed books and a vast archive of correspondence, manuscripts, and journals. Before his death Sacks established the Oliver Sacks Foundation, a nonprofit organization devoted to increasing understanding of the human brain and mind through the power of narrative nonfiction and case histories.

END_OF_DOCUMENT_TOKEN_TO_BE_REPLACED

I love to discover potential in people who aren’t thought to have any.

A wonderful man who used his gifts and talents for humanity died today of liver cancer.

I thought I’d gather in one place a few of the posts you might have missed while you were enjoying the summer.

DC Area Book Lovers – Save the Date:  a reminder about the National Book Festival that takes place here next Saturday, Sept. 5.

Why We Travel – Pico Iyer: one travel writers thoughts about why we enjoy travel.

Broadway as You’ve Never Known It: One very good and one terrific musical that are different from the ones you’ve known.

John Hersey’s Hiroshima: The New Yorker’s free on line release of Hersey’s recounting of what happen to six ‘survivors’ of the Atomic explosion.

A Novel & a Memoir: Each Tells a Story Worth Discussing: Mini-reviews of Harper Lee’s Go Tell a Watchman and Ta-Nehisi Coates’ Between the World and Me

Japan Through Ellen’s Eye: Photos from a recent trip.

Travels to Japan: On Being Schooled by the Younger Generation: Why it’s sometimes a good idea to listen to our kids.

Movies Movies Movies: Mini-reviews of Spy, When Marnie Was There, Me, Earl & the Dying Girl, and Love & Mercy. Plus, links to eight other films we saw in various film festivals over the past year that have now been released to the public.

Baseball Through Ellen’s Lens: Ellen takes her camera to a baseball game (Red Sox, of course).

Through Ellen’s Lens: A Weekend of Baby Sitting. More on the three grand children.

As readers of this website no doubt have noticed, we travel a lot.

In fact, we have been away almost (not exactly) as much as we’ve been home over the last year, in part because we’ve had a good deal of freedom since Ellen has retired from her professional work. (I got a jump on retirement, when about six or seven years ago I left the school a group of us had created in the mid-70s.)

Traveling has always been important to us. For more than 50 years we have made leaving home and exploring other places a significant part of our lives.

A number of years ago we were reorganizing our library and discovered the number of books relating to travel (guides and travel literature) was growing much faster than our acquisitions of professional books (education/psychology and political/governmental). Then, a couple of years ago we have had to build new space just to contain our travel related books.

In fact, travel literature is another way to leave home without having to step outside of the house. While I prefer to travel than to read about travels, there are a number of wonderful writers that fill the gaps between trips.

All of the above is to introduce an article I stumbled across a couple of weeks ago by one of the travel writers I enjoy — Pico Iyer.

END_OF_DOCUMENT_TOKEN_TO_BE_REPLACED

I’m not really a Broadway musical kind of guy. In a ‘former life’ I certainly enjoyed South Pacific, The King and I, The Sound of Music, My Fair Lady, Fiddler on the Roof, West Side Story, and, in ‘more recent times‘, I’ve also enjoyed such shows as Hair, Les Miserables and even Book of Mormon. Generally, however, I find I prefer dramas to musicals when we are looking for plays to see.

Last week made me question that preference a bit. We saw two musicals on Broadway that were outstanding.

Mind you they were nothing like the traditional musicals.

One was about a dysfunctional family and a suicide (Fun Home), and the other was about the least well known of our Founding Fathers who was killed in a duel (Hamilton), neither of them traditional material for musicals.

Fun Home has won five 2015 Tony Awards, including Best Musical, and Hamilton, which has just opened on Broadway, will no doubt and deservedly win every award for which it is eligible.

Here, in the order in which we saw these two remarkable productions, are mini-reviews of the best plays I’ve seen on Broadway in many years.

END_OF_DOCUMENT_TOKEN_TO_BE_REPLACED

Every single kid who finish my program will go to college for FREE! #Tryingtomakeadifference @LJFamFoundation

Check out this story: LeBron James will pay for more than 1,000 kids to go to college.

James has said, “I promise to never forget where I came from.”

I can’t imagine a better way to give back to one’s community.

Last week, The New Yorker made available online the John Hersey Hiroshima article he wrote for the one-year anniversary of the August 6, 1945 atomic blast on Hiroshima.

I may have read it years ago, but I don’t recall having done so. And I can’t imagine forgetting what he wrote. Having just been in Hiroshima last month, I was drawn to the re-release of Hiroshima and read its 31,000 words in one sitting.

END_OF_DOCUMENT_TOKEN_TO_BE_REPLACED

If you love books and are in Washington this Labor Day weekend, don’t miss the annual National Book Festival on Saturday, September 5.

Don’t plan anything else for that day.

END_OF_DOCUMENT_TOKEN_TO_BE_REPLACED

baseball, Join me, MLB, Nats, Take a Kid to a Game, Washington Nationals

Final available tickets to join me at a Nats’ game.

Let me know by Thursday, August 20th by email or in the Comments’ section of this post if you’re interested in a particular game or games.

First choice will go to ‘fans’ who haven’t been to a game with me this season.